Best practice note from Stacey Holt Real Estate Excellence -  The sourced article is below this practice note. We recommend banking details not be updated and or changed unless all parties as listed on the title search have signed a form such as below. Real Estate Excellence member offices; you can find the form below at Member online, PME system folder, and then folder 27 Trust accounting. Identification should always be sought for all clients upon listing property for sale and rent which marries up with the title search. Banking details should never be updated via an email only without signatures matching the listing authority. 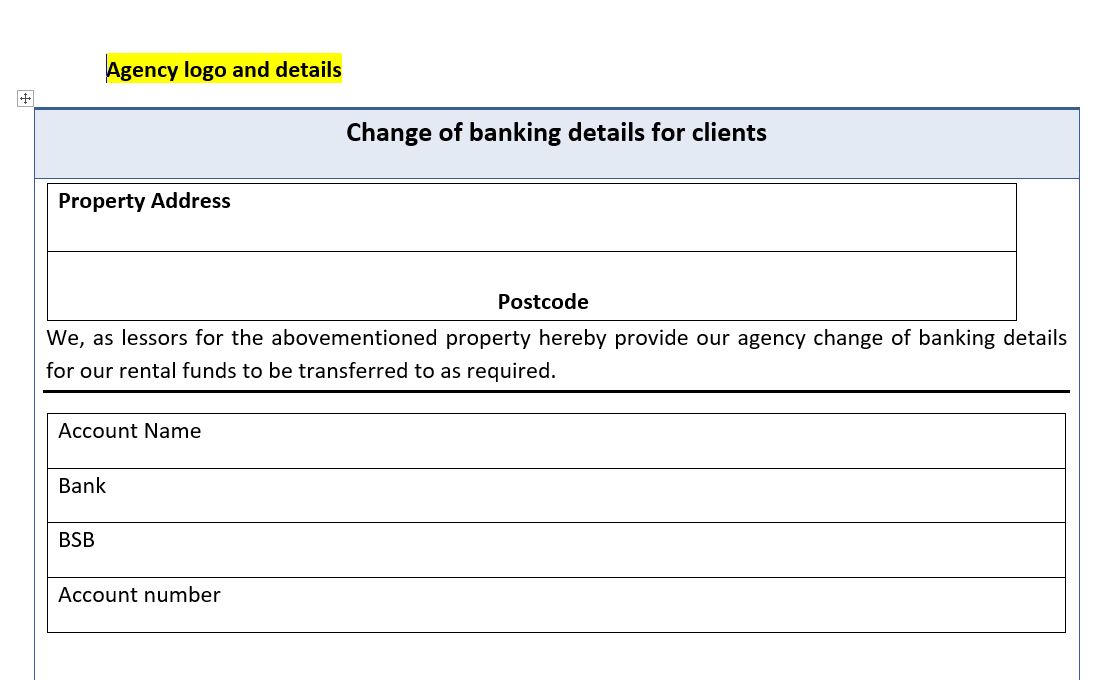 A Brisbane businessman had a deposit stolen from him, and nobody seems to want to fix it.

More than 5 months ago, Andrew Buckley, former CEO of Cardno, sold a property for $1.2 million, through the Ray White agency at Mermaid Beach.

As part of the deal, $120,000 was deposited in a trust account. As the sale proceeded, the agency took $30,000 in commission from theaccount, then asked him to email them his bank account details.

He did. But then so did someone else. Another email was sent with false bank account details. And the remaining $90,000 went to someone other than Mr Buckley.

The agency sent the money to a Westpac bank account based in Sydney. The money has not been recovered.

Amazingly, according to Mr Buckley, nobody will take responsibility for the missing money.

He said he has even gone to the authorities, who have done nothing.

"I'm incredulous that no one seems to want to fix it."

He said he was "flabbergasted" that no one even called him to check on his bank account details. They simply sent it to the other account.

"As far as I’m concerned … this is a well-known scam.

"The advice is that businesses double-check … two-step verification. It’s particularly if it’s changing your bank details."

Ray White has blamed the situation on Mr Buckley. An email later sent to him regarding the matter claimed it was his fault: "The fact that it has now come to light that it was not Mr Buckley who sent those written directions is as a result of Mr Buckley’s own failure to ensure the security of his email account."

Mr Buckley, however, said that while his email could have been hacked, it could just as easily have been Ray White's email that was hacked. He said that ultimately, that is irrelevant as the agency has a responsibility to verify the details. "You're looking after someone else's money."

The agency refused to speak to the media. The head Ray White office also would not address the issue directly, although it said there had been 4 known instances of "cyber interference" in the past year.

A memo was sent out to Ray White agencies last month, warning agents to "never accept a change in bank account details via email without confirming its legitimacy with your client."

That memo seems a bit late to be able to help Mr Buckley.

In a statement to the media Westpac said that account names are not used for payments, but instead they rely on the 6 digit BSB (bank-state-branch) number plus account number.

Mr Buckley was advised to go to the Office of Fair Trading (OFT) for help. But OFT was of no assistance either. In a letter to Mr Buckley, OFT wrote that there was "insufficient evidence to support a breach of the Agents Financial Administration Act 2014 … or the Property Occupations Act 2014 in relation to the transaction."

He said that he might be able to sue to get his money back, but he is concerned that a suit would just eat up the money he was trying to get back.

If you are not yet subscribed to PropertyNerd News, you can subscribe here. Or share the link with your friends and colleagues.